Actions against conversion therapy in SK 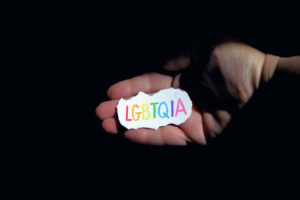 Congratulations to communities of faith in Saskatoon who were part of the successful push to create a city bylaw banning the practice of “conversion” or “reparative” therapy aimed at LGBTQIA+ and Two Spirit people. Thanks also go to United Church people in Regina who are now carrying the ban proposal to that city council.

What better way to celebrate the upcoming March 14 PIE Day, which encourages pie and celebration in support of a Public, Intentional, and Explicit celebration of gender and sexual diversity in our church.
At our November 2020 Regional Council gathering, a proposal asking for a provincial ban on “conversion therapy” was passed by a very wide margin. Currently that letter draft is being reviewed by relevant Opposition critics in order to make it as effective as possible. It has also been reviewed by No Conversion Canada. Conversion therapy is an easy practice to hide and a difficult practice to identify, let alone regulate. There are relatively few provincial and city legislative bans in place in Canada. Breaking new ground and getting the wording as clear, effective, and accurate as possible has been a slow process, but a worthwhile one.

Once the letter is complete, it will go to the Regional Council Executive for sign off, then will go to relevant provincial Ministries. At that point, communities of faith and individuals will be invited to send their own messages to their MLA and relevant Ministers, naming their own concerns.

As recent ban initiatives for the city of Saskatoon have shown, much of the support for efforts to “repair” or “convert” LGBTQIA+ people is closely associated with Christian groups. It is crucial that Christian groups who uphold the dignity and rights of all people also make their views clear. Deep gratitude to all the lay people, ministers, and communities of faith who continue to faithfully and persistently express their opposition to both the practice of conversion therapy and the beliefs that justify it.

Those who wish to can contact their MLA at any time to express their opposition to conversion therapy; you can always follow up again later, using our Regional letter as on resource. United Church resources and policy, and No Conversion are good starting places for educating ourselves.